Blog > Contract law > How do judges in the Netherlands look at Corona?

How do judges in the Netherlands look at Corona?

The Corona virus has been holding our country in its grip for some time. The awareness that the ‘new normal’ will continue for some time has descended and everyone is trying to anticipate this in his or her own way. Also in the judiciary there are some statements in which the Coronavirus plays a role. How do judges in the Netherlands look at Corona?

Force majeure and unforeseen circumstances in the Netherlands

As discussed in previous blogs, force majeure and/or unforeseen circumstances may be invoked.

The question whether an agreement can be terminated because of the coronavirus is not easy to answer.

How do judges deal with Corona? Recently there have been several lawsuits about corona. Below is a brief overview of judges’ views on corona.

No rent reduction due to the Corona crisis

In a judgment of the District Court of East Brabant of 23 March 2020, a number of tenants argued that their income had stagnated as a result of the Corona crisis. As a result, the tenants would not be able to pay the rent. The court did not agree. The court ruled that the inability to pay the rent lies in the tenants’ sphere of risk. The court considered it important that tenants were already late in paying their rent at the start of the lease agreement. At that time there was not even talk of the Corona crisis. The claimed rent arrears and penalties were awarded by the court.

In spite of a general ban on vacating accommodation

In a judgment dated 7 April 2020, the District Court of Overijssel considered that housing had to be evacuated. This, while there is a general prohibition to evict living space. In this case, the Subdistrict Court saw reason to make an exception to the general prohibition because the rent arrears had risen from 3 to no less than 7 months. Moreover, it was not likely that the four persons liable for payment could pay “not a single red cent” in rent.

Corona pandemic at own expense and risk

How do judges in the Netherlands look at Corona? The above statements show that the question of whether an appeal to force majeure, unforeseen circumstances or reasonableness and fairness succeeds will always be custom-made. However, there is still too little clarity regarding the question of how judges should deal with these doctrines in the context of the Corona virus. Until such time as the Supreme Court expresses its opinion on the matter, the (scarce) case law referred to above may offer some guidance.

Attorney at law in the Netherlands and Corona

Would you like to know how a judge might look at your case and are you considering starting legal proceedings?
I will be happy to advise you on your legal position and assist you in legal proceedings in the Netherlands; 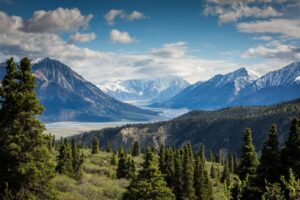