A breach of contract under Dutch law means a failure in the performance of a contractual obligation. This failure can arise when a debtor doesn’t fulfill his contractual obligation on time and in a proper way, or when the obligation is not fulfilled at all. A breach of contract will typically be categorized as either “material” or “immaterial” for purposes of determining the appropriate remedy for the breach. Both parties to the contract may require to have the contract enforced on its terms, or may try to recover for any financial harm caused by the alleged breach.

The failures in the performance may give rise to a number of remedies. These remedies are governed by the Dutch Civil Code. The Code distinguishes between attributable and non-attributable failures. When failure in the performance can be attributed to the debtor, the creditor is entitled (under certain conditions) to compensation.

The debtor can invoke force majeure when a failure in the performance cannot be attributed to him. This means that the failure of fulfilment was beyond his control and not within his sphere of risk. This is the case if the debtor is hindered or impeded in fulfilling the obligation. In case of a non-attributable non-performance, the creditor may require performance or dissolution.

Attributable failure in the performance under Dutch law

A failure which is attributable to the debtor, obliges that party to pay compensation. When a failure in the performance is permanently impossible, the right to compensation arises directly and automatically. Also when the contracting party communicates that he will not meet its obligations under the contract, the contract can be considered breached under Dutch law. In both scenarios the aggrieved party may take remedial action to mitigate damages and bring a lawsuit to recover damages for a breach.

Remedies for breach of contract under Dutch law

Instead of asking for damages, you can also seek actual performance or modification of performance of the original contract. In case of attributable non-performance the creditor may seek the following performance remedies for breach of contract under Dutch law:

If performance is not permanently impossible, the right to compensation only arises when the debtor is in default. By default can be understood a failure to fulfilment consisting in an attributable delay in fulfilling an obligation, which is due where that fulfilment is not permanently impossible. In general, for a party to be in default, a notice of default must first be issued. This is a written statement containing a summons for payment or notification to fulfil the obligation within a reasonable term. If the debtor does not comply with the demand for payment, default arises at the time as stipulated in the summons. The default ends if the debtor subsequently fulfils the obligation, if the creditor refuses a reasonable offer to fulfil and thereby enters a state of creditor’s default, or if fulfilment subsequently becomes permanently impossible. 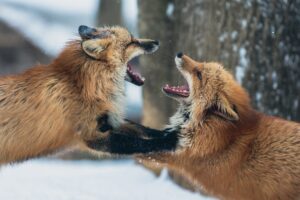 Lawyer Amsterdam for breach of contract

Our specialized contract lawyer in Amsterdam (the Netherlands), mr. Lisa Jie Sam Foek, has years of experience in advising national and international clients about contractual matters and the contractual obligations of Dutch law. If you are confrontated with a breach of contract and you want to be advised on the remedies, please feel free to contact her for any contract law related questions (lisa@fennekadvocaten.nl).