Blog > Contractenrecht > Lawyers in the Netherlands for agency under Dutch law

Legal advice on agency in the Netherlands

Term of termination of agency agreement

Compensation in the event of termination of an agency contract

The agent is also entitled, in certain circumstances, to a customer indemnity of the benefit enjoyed by the principal after the end of the agency contract. This is not compensation for damages. In calculating the customer indemnity, account is taken of the commission earned in previous years.

According to case law, customer compensation/goodwill is in principle limited to a maximum of the annual remuneration received by the agent on average over the last five years. For the right to customer compensation/goodwill, however, it is important that the agent has actually introduced new customers or expanded the relationship with existing customers.

Lawyer in the Netherlands for agency under Dutch law

If you require legal advice from a lawyer specialised in agency, Lisa, lawyers in the Netherlands for agency under Dutch law,  will be pleased to speak to you (lisa@fennekadvocaten.nl). 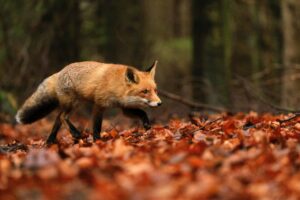