What is a non-disclosure agreement (NDA) in the Netherlands?

Key elements of a non-disclosure agreement under Dutch law

Although an NDA is not legally anchored, there are a few key elements that need to be included in NDA’s. These are inter alia:

 The description of the purpose for disclosure of certain confidential information. It is important that this purpose is clearly set out. This is because it determines for what purpose the receiving party may use disclosed information and which persons will have access to the information.

 The final date to the obligation to keep the disclosed confidential information secret. The term after which all duties cease is often set at two, three or five years. However, it is important to keep in mind that the agreed confidentially obligations might survive the end term of the contract. According to Dutch law, a party may still be liable for any confidential information revealed after the end of the contract. This might constitute an unlawful act.

 A penalty provision. This provision determines that if the if the receiving party breaches any provision of the NDA, the receiving party will need to pay an immediately payable penalty to the disclosing party. A fine for breach of confidentiality can ensure that the parties adhere to their agreements and therefore the confidentiality. A penalty clause will make it relatively easy to receive compensation in case the confidentially obligations are breached.

Drawing up a non-disclosure agreement in the Netherlands

The Dutch lawyers of Fennek Advocaten are all experienced in the drafting and negotiating of non-disclosure agreements (“NDA”) in the Netherlands. If you need assistance of a law firm in the Netherlands for non-disclosure agreements (NDA), please contact our partner of Fennek Advocaten, mr. Lisa Jie Sam Foek (lisa@fennekadvocaten.nl) 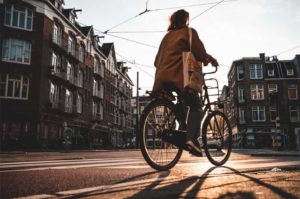